Ben Chang from the show Community, played by Ken Jeong, was on of my later Illustrator projects. At this point I was moving away from painting stroke by stroke, as you would in Photoshop or Procreate, and instead blocked in large areas with the pen tool.

Unlike other character illustrations, this was a full scene, and I was able to turn it into three Christmas cards using the blackboard. 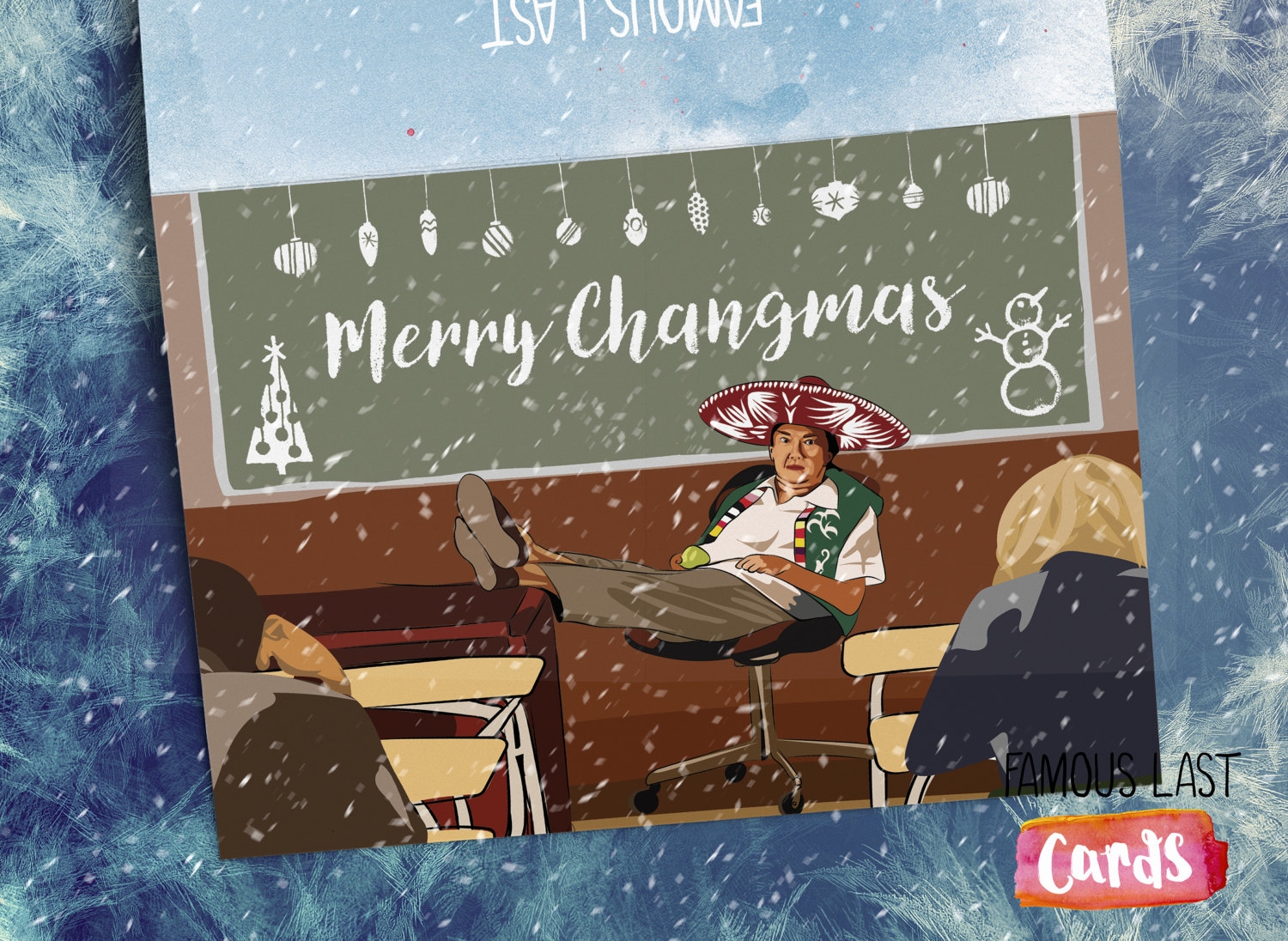 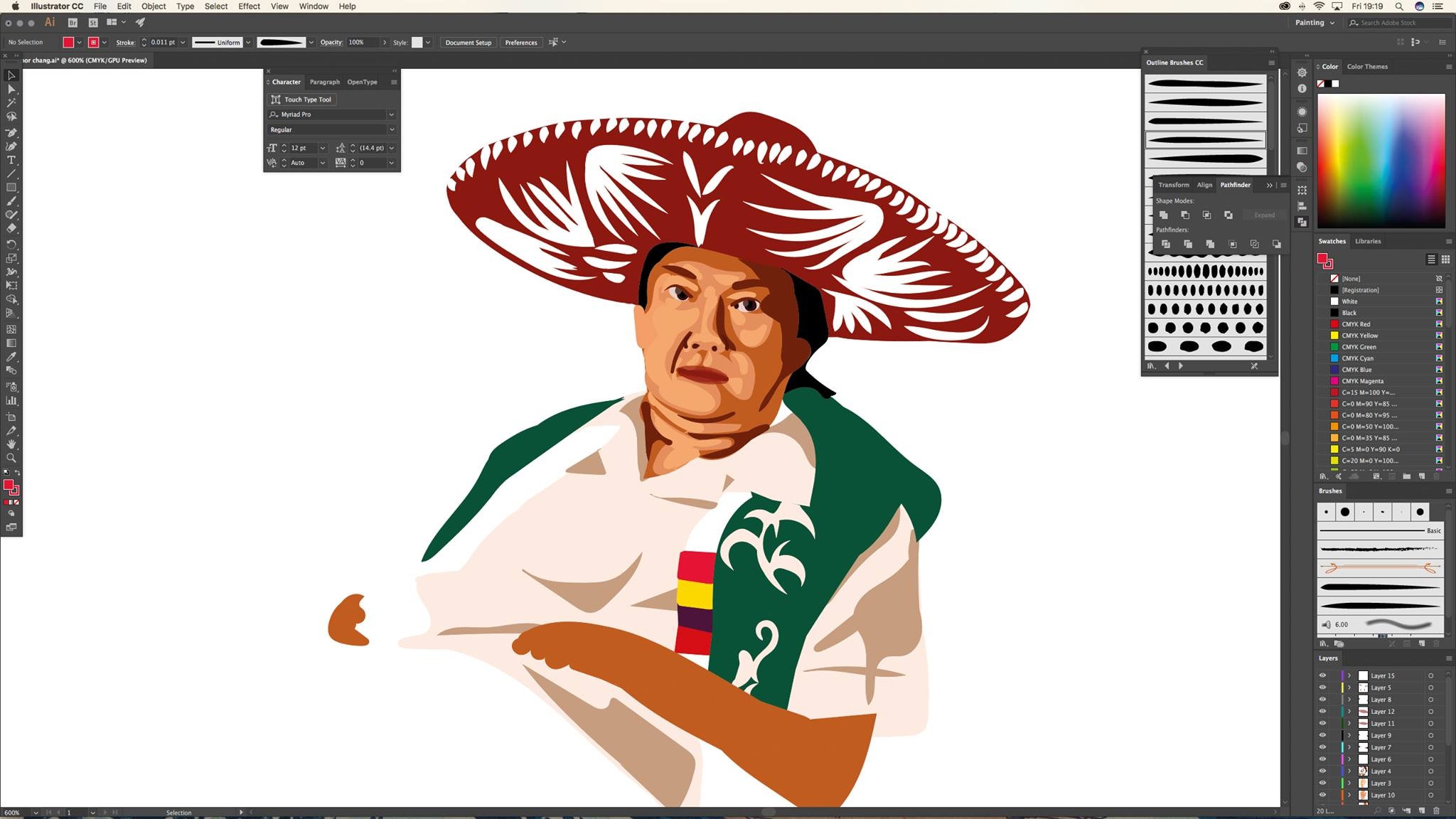 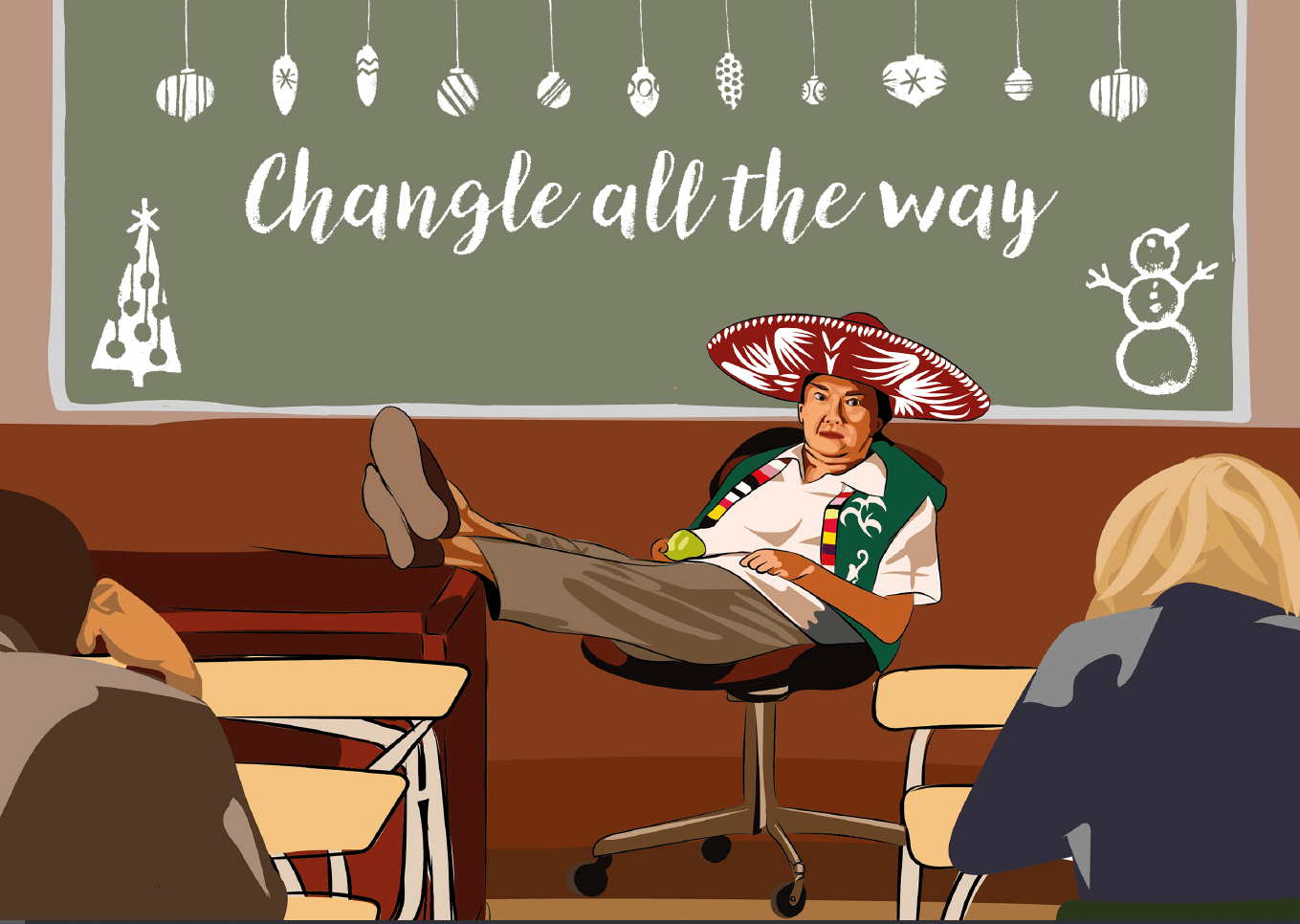